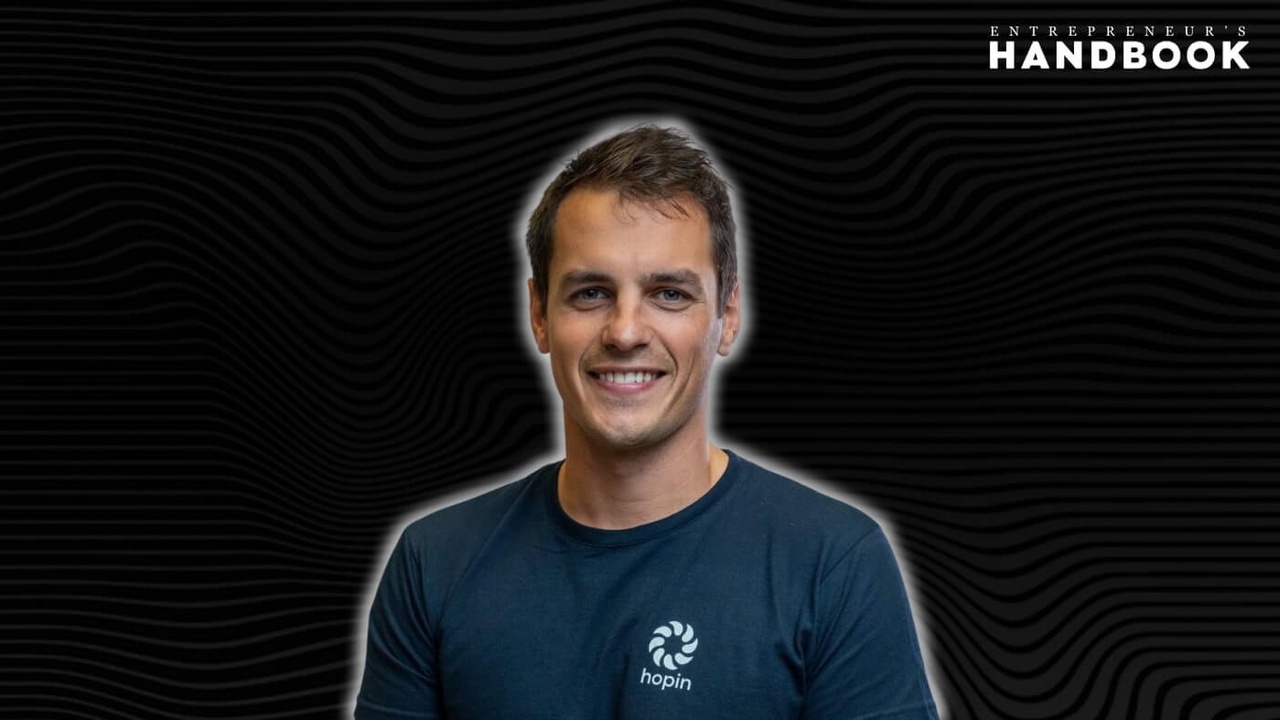 Can you name the fastest-growing European startup ever?

The answer is Hopin.

It started as a virtual event experience company back in 2019 before remote work was a buzzword. When Dave Schools joined as the Head of Marketing when the company had no employees and zero revenue. He played a key part in the early days as Hopin challenged the giants of the online video world.

He remembers walking down a TechCrunch event with his laptop in hand and winning a deal with Dell. This was all pre-pandemic. Once the world turned upside down, a rocket was lit under Hopin and it reached unicorn status rapidly.

Today it’s worth nearly eight billion dollars. They’ve staked their place in the tech stack of giant enterprises and indy organizations alike. Dave believes what he calls “roadmap marketing” was a major reason behind this rapid growth combined with the fantastic people he worked with. Here we break it down so other entrepreneurs can use it for themselves.

This article is based on an episode of Entrepreneur’s Handbook with Dave Schools.

How did Hopin as such a new company earn such huge names as clients to put on their website?

It’s no mistake or accident. It was an intentional strategy.

While the early product was innovative, it often lacked features large enterprises considered must-haves for them to become customers. Some startup founders would accept defeat and try someone else.

Hopin’s founder, Johnny Bourfhat, was different. Instead of telling a potential client that they didn’t have a feature, he’d say they didn’t have it yet. He would ask when their event was then take a moment to think. Inside his head, he was doing the calculations to figure out the logistics. Johnny would then tell the company the feature would be ready by then with confidence.

If he needed to hire more people or switch focus from other projects to deliver then he would. The priority for development was set by the needs of potential clients, not plucked out of thin air. The feedback from sales calls fed directly into the development pipeline.

Hopin gained a reputation for delivering on its promises and this encouraged even more companies to come on board.

How to do this for yourself

This is not a license to guarantee the stars to potential clients. We don’t want a repeat of the tragic tale of Theranos.

What Hopin did was ethical because Johnny made guarantees which he truly believed in. It does help that Johnny was an incredible developer so had a strong grasp of what was possible and what wasn’t. If you don't have the technical knowledge yourself, make sure you have someone on the call who can speak up on how plausible it is for a new feature to be ready in time.

If you aren’t so blessed to have a team that can meet all the demands from potential customers then you need to prioritize. You rank your opportunities by what would be the most impressive logo to show other companies and focus on them. It might mean you need to turn away some customers in the short run but you should keep lines of communication open.

Once you have existing customers then you order them by the highest paying first. You’ve got a duty to take care of them because they are paying your bills!

If you have happy customers then you can leverage partner marketing. It’s one thing having a logo on your website but having a video testimonial from someone senior shows a deeper level of trust. It snowballs from there!

Dave is confident this method works because he’s using it for the third time for his stealth new product launch within Hopin. He recognized the massive success it led to for Hopin’s core product and repeated it for the Streamyard Business launch. He couldn’t reveal much about the new venture but should be keeping your eyes peeled based on his history.

What’s great about Dave’s role within Hopin now is he is able to lead startups within a startup. It gives the new launches the best of both worlds as they have the financial support but none of the rigidity that usually comes with it in other large tech companies.

Roadmap marketing might seem like a strategy only for scrappy startups but it can be applied by companies of all sizes if they have the ambition.

When you have your first successful product launch, learn from Dave. Keep those who love the early stages of a startup able to focus on emerging products and you’ll keep launching killer products. Good luck.