How to Use Zanshin to Conquer Your Frantic Mind 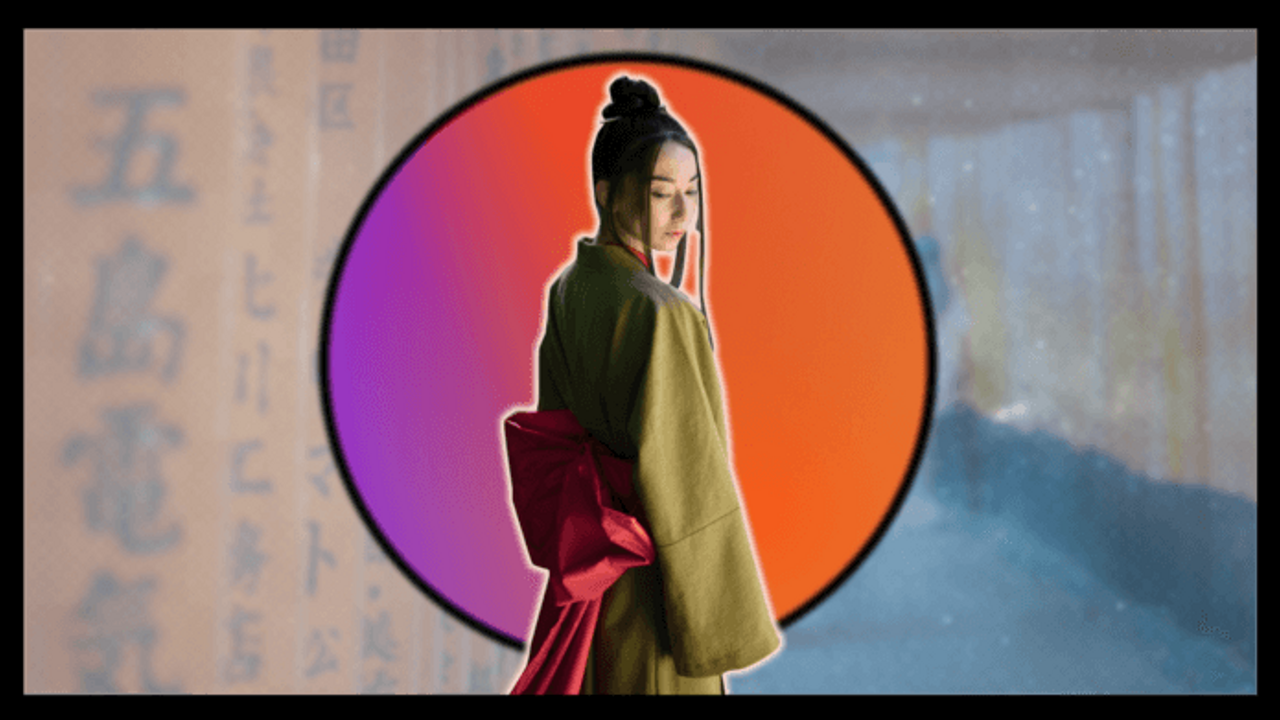 Sometimes we can be our own worst enemy. We lose focus at the vital moment.

We all crave the loving embrace of victory. Have you ever felt defeat drag you away inches before you grasp it?

I have too and it sucks. It doesn’t have to be this way though.

The art of Zanshin has helped me and can help you too.

Zanshin means the remaining or lingering mind. When your mind is in Zanshin, you are in high alert and ready to react.

Practicing Zanshin means staying focused regardless of what has happened so far.

I learned the concept while training with Karate masters in Okinawa. It is popular across Japanese martial arts but has Zen Buddhism origins.

Senseis drill us to be mindful of Zanshin in Karate. Though it’s often more noticeable in its absence. Failure to keep your mind switched on ends badly.

The perfect example of a lack of Zanshin is from a popular TV show. I will be vague enough that if you know then you know but if you don’t then you can’t work it out!

Our hero has won a seemingly impossible fight against an abnormally large foe. All he has to do is land the killing strike. Instead, he taunts and gets too close because he is drunk on his near victory. In a flash, our hero is dead.

The battle is not over until it is over.

We all know multitasking is ineffective. Especially when tasks are cognitively difficult. Research has proven this but we think we are the exceptions.

This includes our mind doing one task but our mind wandering elsewhere. Karate offers immediate feedback in the form of a punch to the face to stop this. Most aspects of your life don’t.

If half of your mind is thinking about your next task then you’re only using half your brain for your current challenge. It’s simple maths and Sophie Leroy proved performance was lower as a result.

Keeping a remaining mind means resolute focus until the task is complete. Allowing the mind to wander can and will backfire.

Imagine how effective you could be if you focused all your energy on one thing.

Mindfulness and meditation have gained popularity in recent years. The remaining mind is applying mindfulness to whatever you hope to achieve.

Mindfulness should not be for only 10 minutes a day and being attacked by millions of thoughts for the rest of the day.

Advanced practitioners of Zanshin let distractions float by and pay no attention to them.

Let’s say you need to finish a report before you go home. Thinking about what food to pick up on the way home is a waste of time. Once the work is done, you can then apply your full mind to eating!

Slowly work on deprioritizing thoughts irrelevant in the current moment.

You won’t be able to do it overnight but until you start trying, you won’t escape the distraction trap.

I am a classic type-A personality. Once I start any new activity, I’m already thinking about a future in which I’m way better than I currently am.

When I got into the national Karate squad, I was already picturing myself being a world champion. (Spoilers: I didn’t make it, no need to shed a tear for me!)

For me and others like me, it is so easy to get lost in daydreams about an unspecified future of victory and glory.

Rather than focusing diligently on the process of the here and now, we get lost in unrealistic goals.

We are so often encouraged to set sky-high goals and chase and chase.

0.012% of children in soccer academies in the UK become premier league stars. (Source)

This sets us up for feeling like failures. What can we do?

Instead of focusing on the outcomes, focus on the process.

Even if you are thinking about the future of the same process you are currently doing, you aren’t 100% focused on the here and now.

You are still diverting attention from what will make you a success.

Harness Zanshin every single time and maybe your delusions of grandeur won’t be so crazy.

One of the easiest times to lose focus is when you’re ahead. Our brain tricks us to think the danger is over and we get complacent.

Finals are littered with stories of shocking moments where a team comes from behind to steal the trophy at the last moment. It’s no secret that the demand for sports psychologists is booming.

I’ve lost matches I should have won. I have taken an early lead and started to think about who my next bout is against. While my mind was elsewhere, my opponent has seized the initiative. Suddenly I need to shift gears but it’s too late. I defeated myself with a lack of remaining mind.

Maintaining Zanshin means even when you’re doing well, and everything seems alright, you do not allow the mind to relax. It’s a laser focus that only ends only when the mission is complete.

This study from the University of Central Florida shows early success led to significant performance drops at the end.

It doesn’t matter if you were winning for 99% of the contest if you lose it at the very end. Think of the story of the tortoise and the hare. Don’t be caught napping when you’re ahead.

We must appreciate what got us to our lofty position and not let our guard down. Champions keep their focus and see the results.

Floyd Mayweather is the greatest boxer of the modern era. He had extraordinary Zanshin. In many of his fights, he was leading the entire way. If he had dropped his focus even for a second he could have taken a knockout punch. He never did in 50 fights.

Whatever you are doing, you must focus on maintaining focus until victory is achieved. The way to do this is an open secret but so many people do not follow it because of the discipline required.

Train this by being ruthless in easy tasks which will prepare you to be relentless when it counts.

Hi, my name is Amardeep and I’m a sore loser.

I remember bowling with friends as a child and sulking if I was behind after a couple of rounds. I’d inevitably bowl worst because I lost my composure despite having the majority of the points to play for!

We see this often in life where people can smell doom and prematurely panic. Even worse, the underperformance is all in their head. The self-pity consumes all their energy away from the task at hand.

It’s remarkable how many examples we have of the underdog winning. Some would say they’ve snatched victory from the jaws of defeat. Yet, sometimes the opposite is true. Losers can slide to defeat from the loving embrace of victory.

If you are trying to lose weight then don’t let one bad week crush your motivation. It is not a disaster to have a short period of losing. It only becomes a disaster if you let yourself spiral downward rather than dust yourself off and charge ahead.

Being Your Team’s Zanshin

It’s easy to consider yourself a cog in a machine and go with the flow. Consider how much more valuable you are if you stay alert when others falter.

Extraordinary leaders will always be mindful. In sports, we label this passion and we all know it when we see it. The player, who no matter how the game is going, never stops motivating their teammates.

Off the pitch, the leaders I have admired most have shown Zanshin so others don’t have to. They look for the areas where a project could be under threat and keep a watchful eye.

For me, it’s the colleague who after we’ve all pulled long nights tells others to go home. They will stand guard and let us relax. They take responsibility and make their team more productive.

Two classic recent examples of widespread lack of Zanshin were Trump’s win and Brexit. In both cases, the losing side thought victory was inevitable and didn’t seriously consider the threat. We’ll never know the world would be a different place today if Zanshin was maintained by the Clinton and Remain campaigns.

Being Easy on Yourself

We can’t maintain Zanshin all the time. I certainly do not, it would be exhausting. In a world of so many distractions, targetted attention is incredibly useful.

By its very nature, this is a state of high alert. Imagine you were a guard for royalty in the Middle Ages. You could never let your focus drop even for a second. These guards would have had Zanshin off the charts.

This takes dedication and training, you can’t suddenly have perfect focus. A master maintaining this state would be an oasis of calm. The amateur would have blood pressure through the roof!

You may have trouble focusing because you’re trying to focus too much. Give yourself time between tasks for your brain to recover. Treat your brain like a muscle, not a machine.

Start simply by being mindful of your tendency to lose focus at different points. Knowing and accepting this happens is key to being able to change.

Over time you’ll improve if you just focus on being a little more focused than last time. This is the Japanese concept of Kaizen. Small improvements every day lead to big improvements in the long term.

The Japanese concept of Zanshin means the remaining or lingering mind. It is a state of effortless vigilance where no matter what is going on, your focus is undisturbed. We don’t allow the results to affect the strength of our effort.

I hope you enjoyed this article and have a great day!