Why You Need To Be Friends With Your Rivals 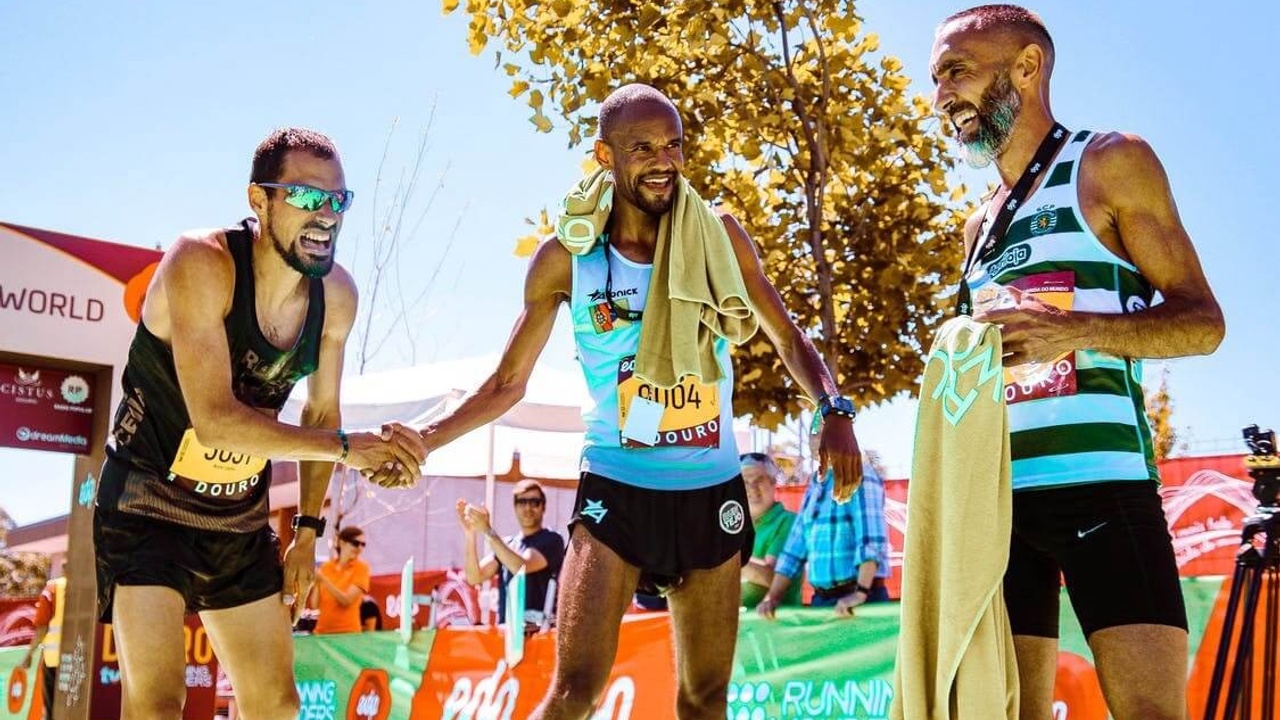 Think about how you define winning. Would you rather come first or be the best you can be?

Yes, you might try to cheat and say both but isn’t reaching your potential what really matters? When you give up an obsession with ranking, you can be much more playful when you compete. The true goal is different.

I was part of the national squad at the peak of my karate career. I trained every week with the guys I needed to beat to qualify for international tournaments. This could have been awkward as they were in the way of my dream. Yet we shared the same idea of winning and were relentless in helping each other improve. Without them, I’d be half the fighter!

I bring this attitude to every aspect of my life and it has never failed to gift me joy and growth. What areas of your life can you use this?

The win-lose mentality by definition creates losers. Follow Stephen Covey’s advice from his bestseller The 7 Habits of Highly Effective People to think win-win. We don’t need to pull anyone down.

Look at the bigger picture. In an intense rivalry, it may feel like only you and the other person matter. Yet this is rarely the case. You are both competing with a huge number of others.

Let’s take the Jamaican sprinting team led by Usain Bolt. At some point, their training sessions included five of the ten fastest men of all time! Of course, they all wanted the gold medal but only one could win. They pushed each other to their limits but celebrated with pure joy with whoever won.

Whatever you create or do, you aren’t just going against people in your niche. Teaming up with others in your space can draw more attention and increase the share of the pie for both of you. It’s common for YouTube fitness gurus to appear in each other’s videos and both gain fans.

Maybe you have a rival in mind right now. The idea of working with them might make you uncomfortable. Do you demonize those you think are in your way?

Anyone you compete with must share some similarities with you. You likely have the same passions. I live near the West Ham soccer stadium where the fans are famed for hooliganism. There have been violent clashes with opposing team’s fans for many years. This is insane as they all love the sport and have pride in their team.

Many of us make sacrifices to try to get ahead in the rat race. It can be painful when someone else steals our glory. But ask yourself, are they not just like us? The best people to understand your sacrifices are others who make the exact same ones.

When you treat others as friends, you lose all the toxic elements of competition. You won’t be driven to taking unneeded risks just to prove a point. You can be far more creative without the fear of shame.

The karate squad was awesome because we were so good at finding flaws in each other. I needed to do this to defeat them but I always threw this advantage away. Whenever I knew a winning strategy, I told them exactly what I was doing. This stopped me from being complacent and forced me to find new tactics.

Nobody is better at finding your weaknesses than your rivals. When you all share your analysis, you deepen the pool of knowledge. Writers become better by giving feedback to others and realizing they make the same mistakes.

I’d much rather this mutually beneficial deal than the alternative. When you close yourself to feedback then it can bite you back badly. Heavyweight boxer Tyson Fury boasted for months he would knock out the undefeated Deontay Wilder. He even revealed his strategy before the fight. What happened in the fight? Tyson did exactly what he said he was going to do. Deontay completely failed to listen to his rival’s analysis and paid the price.

We can be unaware of our strengths sometimes too. I found one combination from a teammate impossible to defend against but they rarely used it. I told them then they used it to devastating effect against others! Your rivals can know your strengths better than you because they have to deal with them. Don’t be afraid to boost their confidence too!

The Brownlee brothers achieved the extraordinary when they both won Olympic Triathlon medals. Their sibling rivalry took them to the top of the world. Yet they never stopped loving each other. Alistair Brownlee even sacrificed his chance to win a world championship when his brother became ill during a race.

This is the type of rivalry you want. It’s not about manipulation or using others. Some things are more important than leaderboards and prizes. If you want to know someone’s true character, find out what they would do for their rivals.

Danny Coyle emphasizes the importance of trust and safety in The Culture Code. Create this atmosphere with your competitors. Be tirelessly helpful even when you have nothing to gain. Especially when you have nothing to gain. I have a great relationship with my colleagues with this mindset. With no ulterior motive, I check up on them and see what they are working on. I see if there’s any way I can help them and follow through. They know I have their back.

Learning opportunities are everywhere, don’t waste them! We want to get into the zone or the flow state described by psychologist Mihaly Csikszentmihalyi. This is the blissful state where your skills match the difficulty of your task. You can get there easily if you have a rival at the same level as you.

But this isn’t needed. We can use the ‘plus, minus, equals’ system for picking partners from elite MMA trainer Frank Shamrock. We’ve handled the ‘equals’ part. The ‘plus’ part is friendly competition better than you willing to stretch you while giving feedback. The ‘minus’ rivals allow you to experiment under reduced pressure. If you accelerate the progress of those chasing you then you’re motivated to never stop growing.

What You Need To Take Away

Befriend your rivals! It can lead to further success for everyone as well as making the process more enjoyable. Life is too short for petty grudges so take joy in their wins.

I leave you with a challenge from rap superstar Kendrick Lamar:

I got love for you all but I’m tryna murder you
Tryna make sure your core fans never heard of you
They dont wanna hear not one more noun or verb from you
What is competition? I’m tryna raise the bar high

Thank you for reading and I hope you have a wonderful day!